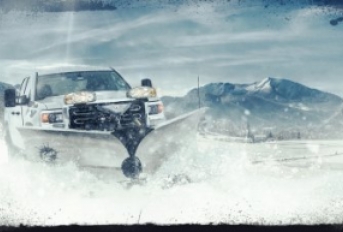 Maine can come across as a very quirky place for those who did not grow up here.   Our accent, terminology, and no-frills nature can be off putting for many.  It is a culture forged over the centuries, derived from carving out a living on this granite spit of land jutting out defiantly into the Atlantic Ocean.

The Irish, French, Scots, and Native Americans who called this place home have endured many challenges.  Relentless winters, insect-ridden forests, treacherous rivers, nearly impassible mountains, and the imposing presence of Mother Ocean.   Money is earned by the sweat of a person’s brow: felling trees, building ships, farming potatoes, picking blueberries, fishing the waters, and catering to seasonal guests.  All these factors have created a population of fiercely independent people with no nonsense attitudes.

Living in this environment makes one realize they have little time for small talk or drawn-out decision making.  The key is to adapt and survive with the seasons.  To end each day with the satisfaction of being able to put a few more logs on the fire and hot food on the table.   The families who choose to live in this spot of the country are tough.   A quiet pride exists among natives, serving as silent recognition that those who remain are accomplishing something which most of our fellow Americans chose to avoid.

This stoicism imparts increased importance on the values of loyalty, reliability, honesty, and heritage.  In Maine a handshake is a contract.   Your word is to be trusted.  Being direct is demanded, rather than providing obfuscated non-answers.   A person is measured by the way they treat their family, community, and chosen profession.

Maine people tend to stay loyal to companies and products that represent good value and dependability.   Support is given to those institutions willing to stand by the products they sell.   Brands like L.L. Bean, Woolwich, Old Town Canoes, Buck Knives and yes, even Dunkin’ Donuts.  People in this state do not have time to mess around, so they stick with what works.

It is from this wild landscape that some of the most beautiful works of art have originated.   Some provide emotional enjoyment, such as the poems of Henry Wadsworth Longfellow, books from Stephen King, and acting talents of Bette Davis.   Other pieces of artistry serve a functional purpose.   Examples in this category include: a peavey hook for rolling logs, earmuff’s to improve winter comfort, the Friendship Sloop for fishing, and…the Fisher Plow.

Dean Fisher birthed from this rocky coastline the iconic yellow and black sheet of curved steel that is immediately recognizable amongst New Englanders.   Thanks to his time as a Seabee during the Second World War he knew there would be a surplus Willys Jeeps available, and intended to make a plow that would fit one.  Fifty were sold during the first year; enough to give Fisher Engineering its start.   That successful endeavor has expanded into an empire over the last 70 years and includes a multitude of technological and design innovations.  The “Fisher Splat” is as well known in New England as the L.L. Bean Boot.

But it would not matter if this product did not provide the qualities always demanded by residents in this corner of America: loyalty, reliability, honesty, and heritage.  Fisher Engineering survived and flourished because it delivered on all four.   The company, now owned by Douglas Dynamics, has left its manufacturing roots in Rockland.   Their plows have served owners for decades and beyond with minimal issues.   No questions are asked if something fails – a good product was promised, and a good product will be provided.  And finally, it was birthed out of the crucible of war, tested by the harshest of New England winters under the toughest conditions.

Anybody can sell a pretty colored widget.   It is when the widget is tested by the customer, with all its potential faults pointed out for the world to see should it fail, that you discover what type of merchant with whom you are doing business.   Over the decades the Fisher brand has continued to thrive.   The products they produce are reliable, tough, and they stand by what they sell.   A handshake is a contract and they have no time for nonsense.   And when the snow falls, winds howl, and temperatures tumble their plows work.    Allowing the good people of Maine to perform an honest day’s work, throw a few more logs on the fire, put hot food on the table, and take comfort in that quite pride that comes from living in a place of such extremes.