"I attribute the company's longevity to following one simple rule: treat your customers like you want to be treated. Customers are the core of our business and for generations, we've realized the importance of these long-term relationships. We are invested in helping their businesses to succeed and grow."

Walter A. Messer is the founder of the Messer Legacy.

Originally from Harvey Station, New Brunswick, Canada, Walter was in the blacksmithing business with his brother-in-law prior to starting his own company. In 1899 Walter opened W. A. Messer Co. - a one-man blacksmithing and ship-smithing shop on Union Street in Portland. Primarily manufacturing wagons, wheels, sleighs, and ironwork for ships.

1903 - The Patent Of Windshield Wipers

1904 - The Patent of Automatic Transmission

With the advent of motor vehicles in the early 1900s, W. A. Messer Co. switched its emphasis to the manufacture of open-sided truck bodies suitable for deliveries, furniture vans, and general van body equipment.

During this time period, trucks were upfitted before the patents of vehicle headrests and Phillips-head screws.

Jack Messer joined his father in the truck body business in 1945 after serving in the U.S. Army Air Force during World War II. Prior to the war, he had studied accounting at Bentley College in Boston and worked as a traveling cashier and auditor trainee for an insurance company in Hartford, Conn.

In the late 1940s, W.A. Messer Co., now a four-man shop, was incorporated and moved its operations to a custom-built facility in the Bayside area of Portland. The company had shifted into manufacturing custom truck bodies. Operations gradually expanded to include trailer maintenance and repairs. Jack Messer became President in 1957 when his father retired at 78 years old. Walter Messer passed away two years later.

In 1960, W.A. Messer Co. was on the move again, this time to a five-acre parcel on the Westbrook end of Warren Avenue. Here the company built a 100-by-100-ft. trailer repair, sales, and service facility with eight truck body bays and an office area. That original building still stands today over 60 years later.

With the trend for custom-built vans declining, W. A. Messer Co. shifted focus to truck equipment installation and distributorship. Galion dump bodies and hoists were the first lines of nationally manufactured products W. A. Messer Co. represented, a manufacturer that the company still represents today.

In 1971, John P. Messer, son of John F. and grandson of Walter, became the third generation to join the family business, by now a 12-person operation. With a combination business and engineering degree from Clarkson University and experience with General Electric Co.'s Manufacturing Management Program, John worked as a mechanic for three years and in various other areas of the business, including the service department, parts department and inside sales. He was eventually named vice president, a position he held until 1982 when he was named president.

"The success of our company can probably be attributed in part to the fact that we have always been progressive enough to diversify services and product lines at the right time," explained John F. (Jack) Messer, Walter's son, according to a 1984 trade publication. "Of course, a successful business is also the result of a lot of long hours and hard work."

When his father retired in 1987, John purchased the business from him and served as the company president. 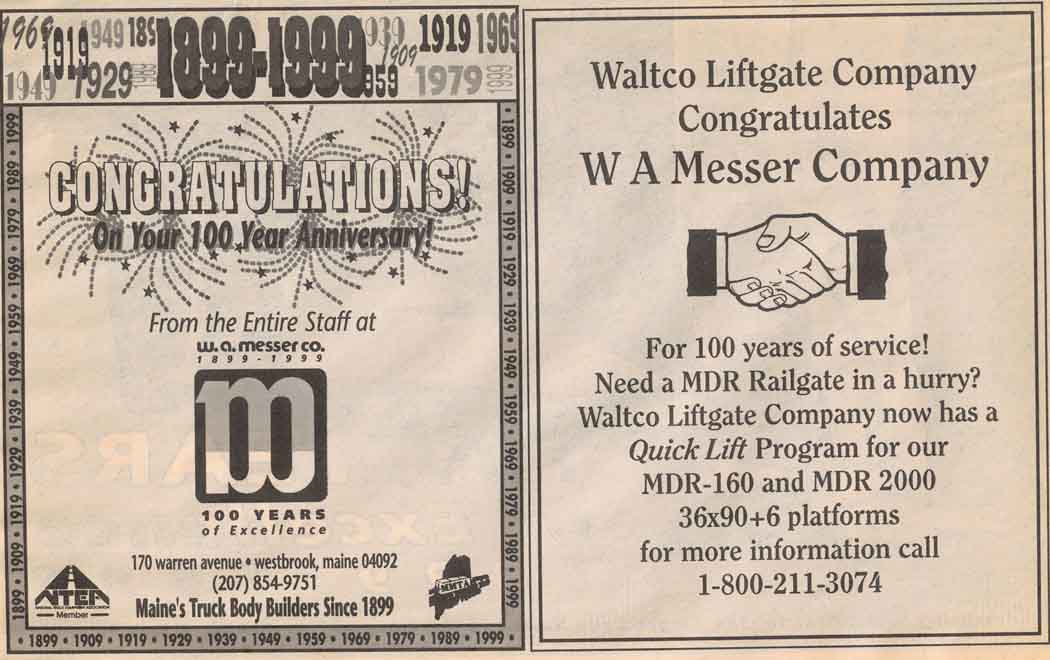 In 2003, Jeffrey W. Messer, son of John P. Messer, grandson of John F. Messer, and great-grandson of Walter A. Messer, joined the company, becoming the fourth generation in the family business. A graduate of the U.S. Naval Academy with a degree in Ocean Engineering, Jeff served in the U. S. Navy for five years as a Surface Warfare Officer and Nuclear Power Engineer before returning to Maine and the family business. He worked in various areas of the business, including service, parts, and sales, in an effort to learn the business from the ground-up.

Through John's leadership, the company expanded its outside sales staff and introduced an organized marketing program, gradually extending its customer base from primarily Cumberland County to across Maine and into New Hampshire. During the last several decades of his leadership, the business flourished and grew to become one of the largest truck equipment distributors in Northern New England.

John continued to serve as its President until his untimely death in 2008. His father, John F. Messer, passed away in 2009. Following his father's sudden death, Jeff was named company President, and later purchased the business.

In 2004, the company name was changed to Messer Truck Equipment. Yet, while the name of the company has changed, the mission - to serve the transportation industry with an emphasis on quality products and service - has held steady for more than 120 years.
Today Messer Truck Equipment is still located at 170 Warren Avenue. Now proudly part of a larger service complex with nearly 30 employees and a 35,000 sq. ft., 20-bay facility.

Since 1899, we have remained a leader in the truck equipment industry. We are a fourth-generation Maine family-owned business. We thank you for your support and help in building our reputation for value and quality workmanship. 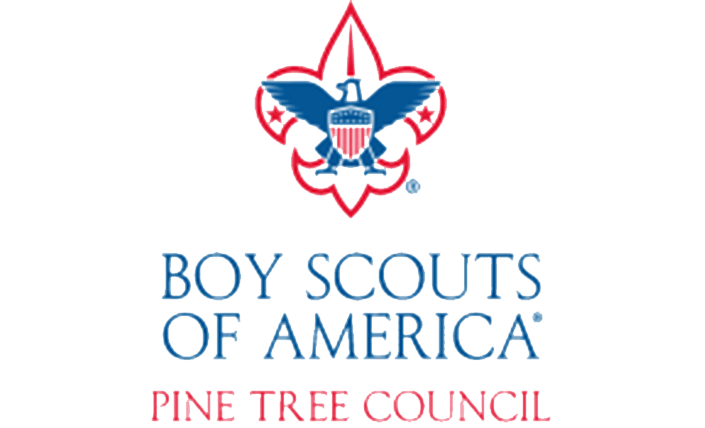